A conversation with my father prompted me to investigate the benefits of negative ions.

Do we really benefit from them?

Is it ?just another marketing ploy? to make us spend money on more useless gadgets?

Here is what I learned.

What is an ion? 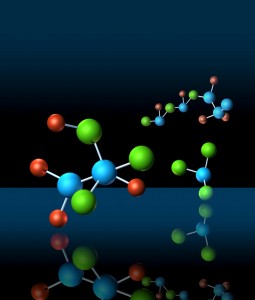 The word ?ion? is from the Greek word for ?going? and is the name that English physicist Michael Faraday gave to it in 1834.

An atom that has one extra electron added is called a negative ion (anion).

There are two types of ions ? electrolytic and gaseous or atmospheric.

Electrolytic ions are produced by passing an electric current through a substance, knocking electrons off the atoms ? electroplating is an example.

Atmospheric ions are produced in nature as air molecules that are broken apart due to sunlight, radiation and moving air and water.

An atmospheric ion is produced by a series of events.? It starts with an electron being knocked off a neutral air molecule.? The air molecule is now positive (oxygen or nitrogen) and will quickly attract a number of oppositely charged molecules ? mostly water ? and this cluster is called a positive air ion.

The electron that was knocked off will probably attach to an oxygen molecule (nitrogen is not attracted to electrons) and this negative molecule will attract a number of water molecules, forming a cluster called a negative air ion.

Note:? Ions are always formed in pairs, and always the same number of positive and negative ions.

Are negative ions good for you?

A lot of the evidence I found was anecdotal, although I did find several references to scientific and medical studies concluding that negative ions are beneficial.

Negative ion generators (or air ionisers) are machines that use high voltage to ionise the air molecules.? These ionisers are also used to clean air in buildings ? the two main theories as to how they do that are:? that they encourage particles to stick together, causing them to drop from the air; or that the negative ions cause the particles to want to stick to things.

Air ionisers are used in air purifiers.? Airborne particles are attracted to the electrode and de-ionised by seeking earthed conductors, such as walls and ceilings.? The SARS pandemic pushed up sales of personal ionisers in affected countries.? In Japan many products have been made containing negative ion generators, including toothbrushes, refrigerators, air conditioners, and washing machines.? One notebook producer has even started to include air ionisers in their computers.

Of course the most common references to the benefits of negative ions are to those found in nature because of the turbulence caused to the air by the waves on a beach, a waterfall, thunder and lightning or mountains.

Although some of the ?feel good? euphoria could just come from being around these beautiful places and away from home and work! I?m sure though, that you have felt the energy in these places and situations.? There seems to definitely be a ?charge? that energises and makes you feel great. 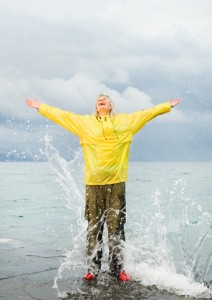 After a lot of reading from different sources, both for and against the benefits of negative ions on our health, I concluded that they won?t do any harm and, in my opinion, negative ions appear to be very beneficial to us!

Get outside as often as possible – and play!